'This book derives from an ongoing conceptual desire to bridge my world as a songwriter to my world as a painter in one unique package. From the swirling light drifting through my home under the Canadian prairie sky and beyond, I have interpreted new songs in paint and interpreted new paintings in song resulting in the dancing narrative of music, poetry and pictures I call 'Paint Songs'. Of course nothing is complete without the most important interpretation of all, Yours!'- Steve Coffey

Steve Coffey - Paint Songs (Independent)
Prairie born and raised, Steve Coffey has, like Joni Mitchell, lived the dual life of a visual artist and a singer/songwriter. With several albums under his belt as Steve Coffey and the Lokels, and another two as part of The Kitchen Boys, Coffey has released Paint Songs, an album that combines his visual art with his musical art. As a painter, Coffey’s work has been displayed in numerous galleries and salons, and some of his latest paintings are featured in the booklet that forms the CD package. Each of the 13 paintings is paired with a song from the album and, although it doesn’t tell in which order they were created, I suspect the paintings came first and the songs were created to accompany them. Most of the paintings glow with bright colours and thick brush strokes and are thoughtful and visually arresting. This is an ambitious project, and the music on the CD is supported with strong performances from the session musicians. My favourite track may be Sundogs, with a matching painting of stylistic sundog filling the sky. – By Gene Wilburn
​

'A Paint Song' Interview with The Calgary Herald's Mike Bell 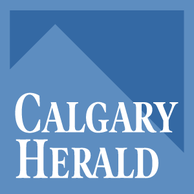